All The Teen Patti Rules You Need To Know

If you go to family gatherings or functions often, you would have come across people playing Teen Patti. Such is the popularity of the card game in the country, it is enjoyed with friends and family alike in gatherings and occasions. The card game is similar to the British game called 3 Card Brag. Some people also call it ‘Flush’. To play a game of Teen Patti, you need one standard deck of cards and they are ranked in the usual manner with the Ace card being the highest and the 2 numbered card being the lowest. Although any number of players can play this game at a time, the ideal number is between 4 to 7 players.

Are you new to Teen Patti? The good news is that it is a simple game and understanding the rules is not that difficult. Continue reading below to know the in and outs of Teen Patti so that you can play your first game!

Before playing, the players agree on the value of one unit – also known as the minimum stake. All the players have to put this minimum stake in the pot, which is usually placed at the centre. This stake will go to one player who wins the game. Then, every player gets 3 cards as dealt by the dealer. The players have to predict who has the best hand. The players can either see the three cards they have got or not see them. If they see and bet, then it is called playing seen, and if they do not see (keep the cards face down) and bet, then it is called playing blind. 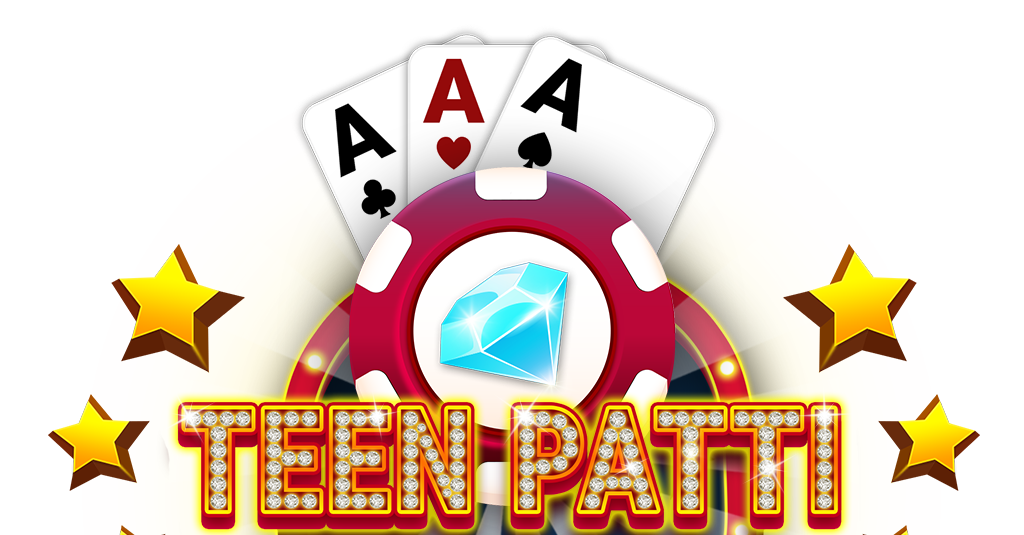 Note that the hand with the highest rank is the winner of the game. Here are the different ranks in the Teen Patti game, ranked from high to low:

This is a hand consisting of three cards that belong to the same rank. In this, the triplet of 3 aces is the best and the lowest is the triplet of twos.

This is a hand consisting of three cards that belong to the same suit. The trio of Ace, 2 card, and the 3 card is the best and the lowest is the trio of 4 cards, 3 cards, and 2 cards. 4

This is a hand consisting of three cards and they may not belong to the same suit. The trio of Ace, 2 cards, and 3 cards is the best run and the lowest run is the trio of 4 cards, 3 cards and 2 cards.

This is a hand consisting of any three cards that belong to the same suit. If there is a comparison between two colours, first compare the highest-ranked card in each hand. If these are equal, then compare the second-highest ranked in each hand, and so on. The highest colour is the trio of Ace, King, and Joker, and the lowest colour is the trio of 5 cards, 3 cards and 2 cards.

Also Read   The Complete Guide to Admiral Casino Login for 2021

The game begins with the first player seated left of the dealer. It then proceeds in a clockwise manner. At every turn of the player, they have an option to add to the pot or just leave it as it is. If they add to the pot, they stay in the game. If they decide to leave it as it is, it means they are ‘folding’. Essentially, they quit betting in the game altogether and all the money that they have put in the deal is provided to the winner.

If you are playing blind, you can choose to look at your card when the turn comes. Then you become a player who is playing seen, and you have to follow the rules from the next round.

The betting in the Teen Patti game goes on until – all the players excluding one have folded their bets and quit adding money to the pot. The last player who has not folded wins the pot, irrespective of the cards they have in their hand.

The betting in Teen Patti can also go until there are just two players left who have folded. Then, one of the players can pay for a show. Then the cards of both the players are exposed and their ranks are compared. The player with the higher rank wins.

There are certain rules for a show. Here are the following:

So, these are some basic rules for playing Teen Patti. They might seem complicated at first, but rest assured, you will get used to it once you play more games. The good news is that many online Teen Patti platforms offer free games that do not involve any real money. But if there is real money involved, do play responsibly. Do not put money that you cannot afford to lose. Also, there is quite a bit of luck element in Teen Patti, therefore, do not take the game emotionally. Know when to quit the game if you have been losing a lot of your bankroll. Overall, Teen Patti is played for fun and it is best played for that.