How To Play Indian Rummy

Indian Rummy has to be one of the most online casino games out there. You will find them in almost all online casino websites and apps in India. On some of these sites, you can play Indian rummy for free, while in others, you can play for real money. Another advantage of online rummy platforms is that you get to experience other fascinating variations of Rummy which you would not experience in a real casino. Although Rummy has been around for a long time now, not many know of its actual origin and history. Indian Rummy which as the name suggests is the variation that is more played in India is known to be a combination of Rummy 500 and Gin Rummy in the USA. You will find Rummy being played regularly among friends and families in India, as a part of daily time-pass, or during special occasions such as weddings, parties, etc.

Indian Rummy has two formats – one is the 13 card game and the other is the 21 card game. The former is the more popular version since it is fast-paced. Let’s look into how this version of Indian Rummy is played. 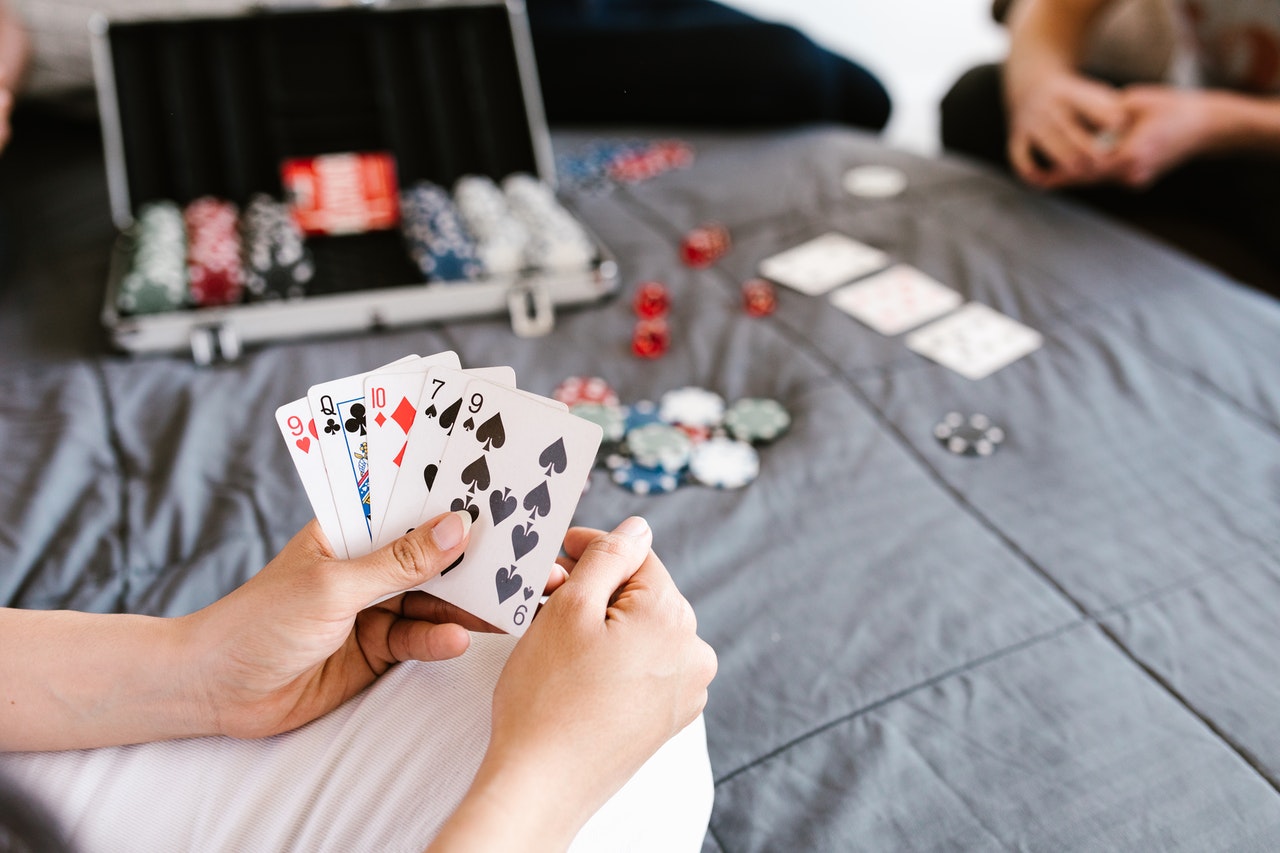 The objective in Indian Rummy is to make sequences or sets. If you have to win, you have to be the first one to declare and mend the cards correctly to create the sequence. Typically, the Indian Rummy is played with two standard decks of cards, and with 2 Jokers in each deck.

The function of the Joker is to act as a substitute for a card.

A sequence in Rummy is essentially three or more cards that belong to the same suit. Here are the sequences:

An example of an invalid sequence in Indian Rummy is the combination of 2 of Spades, 3 of Diamonds, and 4 of Hearts.

A set in Rummy is formed when there is a meld of three or more cards of similar ranks but different suits. Like sequences, even sets can contain the Joker cards.

Once the dealer shuffles the deck of cards, the player to the left of the dealer picks a card at random from the deck. That card becomes the wild card and is placed face-up on the table. The cards of that rank also become wild cards. If the card picked up at random is a Joker card, the other wild cards are also the Joker cards.

Then the dealer deals 13 cards, with one card at a time to each player. Once done, the dealer places the deck of cards face down on top of the wild card such that its number and suit are still seen. This deck of face-down cards becomes the draw pile.

The first card from the deck of cards is flipped and placed face up next to the draw pile. This becomes the discard pile.

The game begins with the first player seated left of the dealer and it goes clockwise around the table. The first player picks a card from either the discard pile or the draw pile. They will try to create a meld with this card in their hand. The player then discards one card from their hand, and then their turn ends. The game moves to the next player.

The final turn of the player proceeds similarly. They can take a card from either of the pile. Once the player has a set or a run (at least one natural run and a second run with any wild card(s), they shout Rummy and their hand ends. The final card is discarded and their score is added up.

Other Rules of Online Indian Rummy

There cannot be two cards in a set that belong to an identical suit or rank.
If the wild card is used as an actual suit or a rank in a run, it is considered a natural run.
Once the final card from the draw pile is taken and then still no one calls rummy, the hand is ended and the game will not have any winner.
Wilds cannot be allowed to form a triplet set unless it belongs to the correct rank or suit.
In the three-deck game, a hand can have one natural run or a triplet set and a second run and a triplet set.

So, these are some basic rules of playing Rummy. If it seems overwhelming at first, do not worry. You can get a good practice of playing Rummy by playing free games online that does not involve real money. The more you play, the more familiar you will be with the rules. If you are playing for real money, be responsible for the amount you bet. Always keep a proper budget and do not exceed that no matter you win or lose. Rummy is meant to be played for fun and leisure and it is best enjoyed like that.